Johannesburg – The battle between Please Call me inventor Nkosana Kenneth Makate and his former employer Vodacom continues to rage on.

While there seems to be no light yet at the end of the tunnel for Makate regarding compensation for his invention, he has in the meantime taken a dig at his former employer.

Taking to Twitter, Makate posted an article from Vodacom’s in-house publication which he says was published in March 2001. He then wrote: "Amid all the noise and lies about who invented PCM. If anybody asks you who’s brainchild Pls Call Me is, kindly refer them to this official publication of Vodacom, March 2001. Let us deal with facts."

The article has a picture of a young smiling Makate and states that the company has launched a new product called "Call Me" -which has been very big success- and that he was the one who came up with the idea.

"Vodacom has launched a new product called "Call Me", thanks to Kenneth Makate from our Finance Department.

"Kenneth suggested this service to the product development team which immediately took up the idea."

The articles goes on to explain how the service will work and then says: "In a message to staff, Andrew Mthembu -Managing Director of Vodacom- said he was impressed with the product and the fact that the idea came from a member of staff." 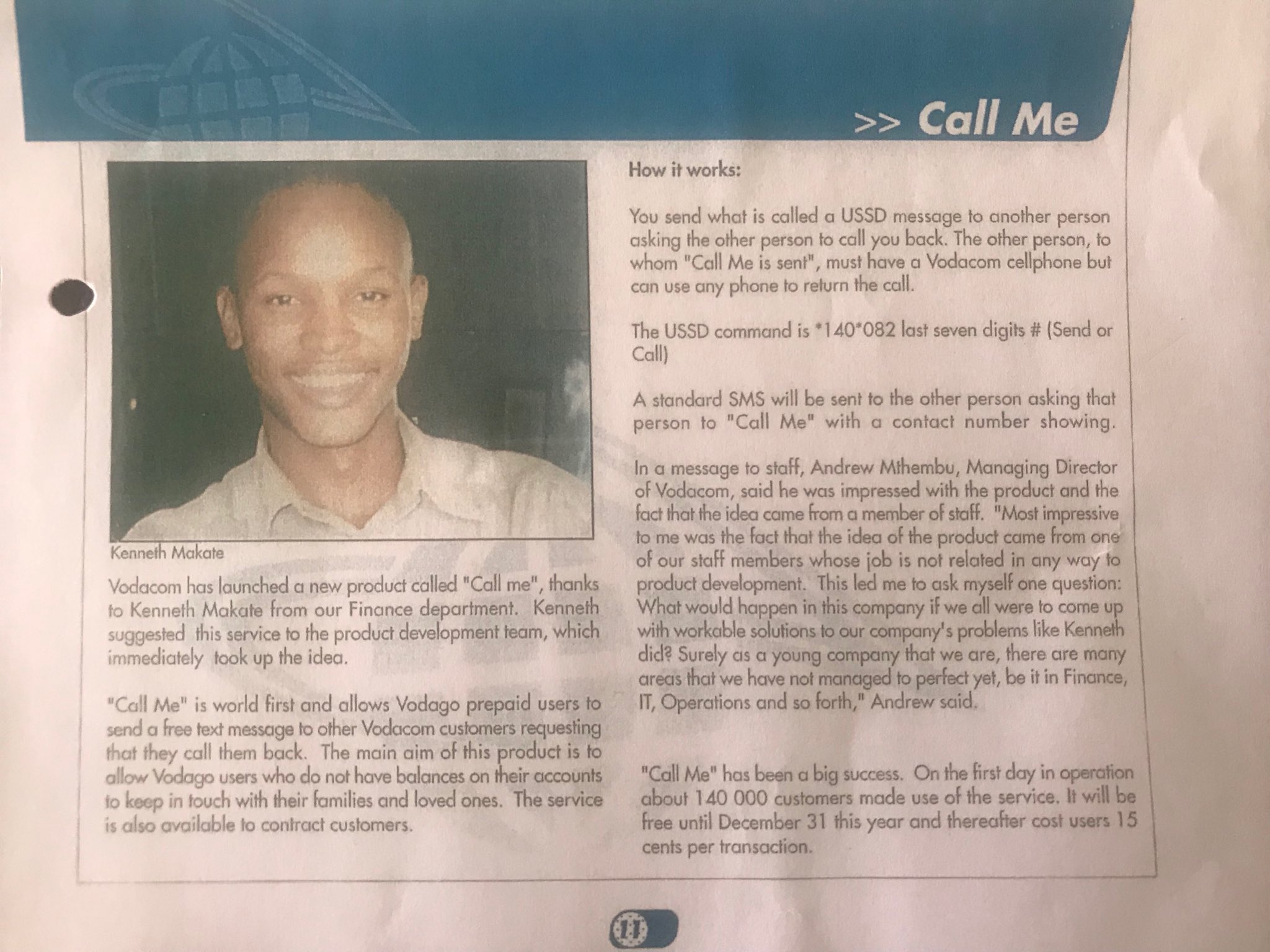 The article which Makate claims proves that he is the one who came up with the Please Call Me idea.

Mthembu was then quoted as having said: "Most impressive to me was the fact that the idea of the product came from one of our staff members whose job is not related in any way to product development.

"This led me to ask me one question ‘what would happen in this company if we were all to come up with workable solutions to our company’s problems like Kenneth like did’?

"Surely as a young company that we are there are many areas that we have not managed to be perfect yet, be it in Finance, IT, Operations, and so forth."

Former CEO Alan Knott-Craig in his autobiography Second is Nothing claimed to have come up with “please call me” when he observed two security guards from a balcony trying to call each other without having airtime.

Makate has been locked in a bitter battle over compensation with Vodacom for over 10 years.

In April 2016, the Constitutional Court ruled that Vodacom was bound to an agreement that Makate had with the company’s then-director of product development Phillip Geissler, and that the company should begin negotiations with Makate for a reasonable payout to compensate him.