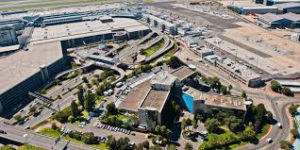 O.R. Tambo by the numbers 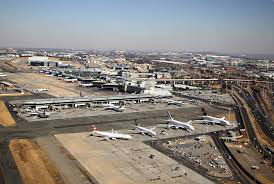 The airport also has a significant retail footprint which cuts across the spectrum from high-end duty-free stores, African curio shops and a wide range of food and beverage offerings.  O.R. Tambo International Airport is also home to top-of-the-range hotels which are situated in and around the airport precinct. Our parking facility for both short- and long-term stay caters for 15000 vehicles and a wide selection of car rentals is available.

Airport operational efficiency is measured through different measures, with On-Time Performance being the primary internationally accepted standard. Our on-time performance is at almost 87%, which is good considering the 220 000 aircrafts movements we mange per annum. As the Hub of air transport in Africa, we continue to ensure that we work hard towards our Airport Company South Africa Strategy of our three-pillar strategy, namely to:

Welcome to the Gateway of the African Continent