To Russia, with love 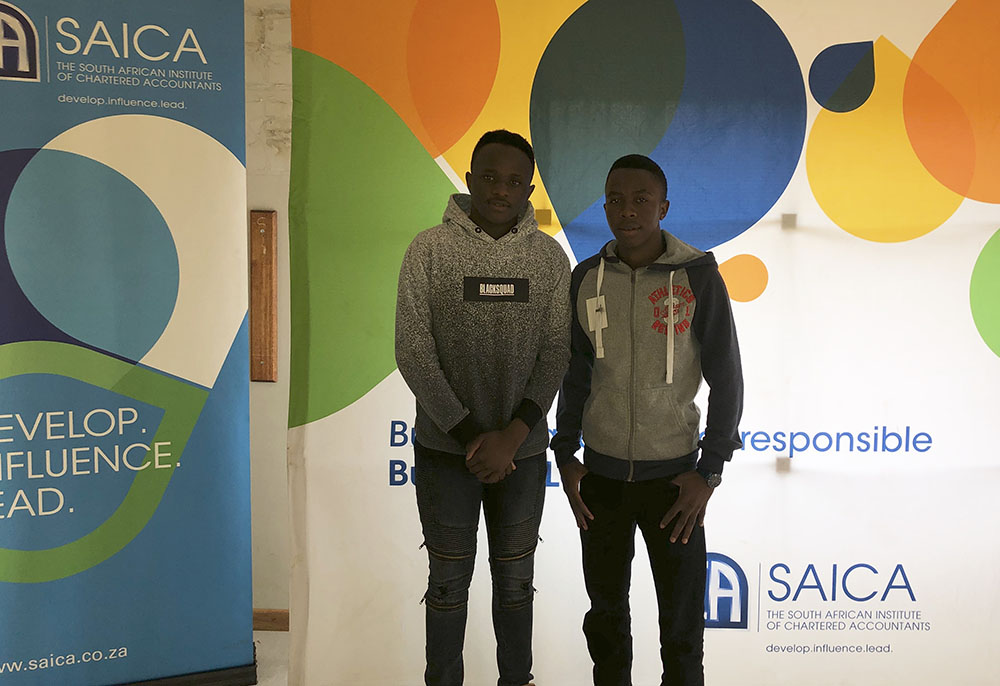 Emmanuel Mashaba remembers the exact moment he decided to become a doctor. “I was in Grade 11. Akani had recently moved to my school and we had made friends quickly, probably because we were both going through a hard time: I was battling with the recent death of my stepmother, who had raised me, and Akani was struggling to meet people at his new school. One day, we were talking about all the challenges the world faces, and we decided that if we became doctors, we could play a small part in helping to address them.”

Emmanuel’s determination was fueled by his belief that his stepmother might have recovered from the stroke which proved fatal, if only South Africa had more good doctors. Akani, on the other hand, had long nursed a burning desire to join the medical profession. The only problem was that his marks weren’t quite up to scratch at the time. “I actually failed Grade 11 at my previous school, which is why I had joined Emmanuel at Moses Mnisi High School. My maths and physics marks were particularly disappointing: I got just 18% for maths and 29% for physics. Naturally, my parents weren’t at all pleased. In fact, they wanted me to change my subject choices.”

So, how does someone who failed these critical subjects go on to be a student in medicine at a prestigious international university?

The answer is simple, Akani says: “My teacher at Moses Mnisi, Thembi Nkosi, was incredibly inspiring. With her help, I was able to improve my marks to the point where I was shortlisted to attend the South African Institute of Chartered Accountants (SAICA’s) provincial Thuthuka Development Camp.” And that’s where everything began to change, he says: “The camp was unbelievable. It wasn’t just that I received a lot of fascinating new information and was exposed to exciting subjects; I was also motivated to give of my best. That camp set my life on a completely different path.”

Emmanuel also attended the camp. Like his best friend, he returned fired up for the future, studying as hard as he could, as often as he could. “We pushed for our goal every day. We set up study groups at each other’s houses, recruiting other students to study with us,” he recalls. He also sent out applications to universities, hoping that his dream of becoming a medical student would soon be realised – but, in spite of achieving excellent results (with 75% for maths and 70% for physics), he received one rejection after another.

“Both Akani and I were accepted to study engineering, but we didn’t see the point in studying something we weren’t really interested in. Medunsa broke my heart when they rejected my application – and so we decided to go back to school.”

It was while he was teaching a maths class one afternoon that he received a call, notifying him that he had been awarded a bursary to study in Russia from the Department of Education. “I didn’t even remember applying!” he laughs. He immediately let Akani know of his good fortune, only to find out that his best friend had also been selected for a bursary.

“Only 82 students were chosen from our year, out of 6 000 applicants,” Akani says. “I still don’t know how I got in. My family and I feel that it must be a matter of grace. I am truly blessed.” The duo were too excited to return to their classrooms that afternoon, Emmanuel says – and that excitement continues, even now that they’re well entrenched in Tambov.

Both young men say that SAICA’s Thuthuka camps played a major role in helping them attain their goal – to the point where they both agreed to take part in the 2019 Mpumalanga Development Camp, where they were engaged as mentors. “The camp was our first stop on our return to South Africa – we didn’t even go home first!” Akani says.

Why so enthusiastic? “Because I really wanted to give back to the community. I feel that it’s my duty.” Emmanuel agrees. “This is where I found my passion. I don’t think anyone can attend this camp and leave unchanged. We wanted to show kids that anything can happen if you try hard – you can even find yourself studying in Russia! You might think that something is impossible, but when you look at that word again, you’ll find that it says ‘I’m possible’. And that’s the truth.”

The post To Russia, with love appeared first on The Home Of Great South African News.