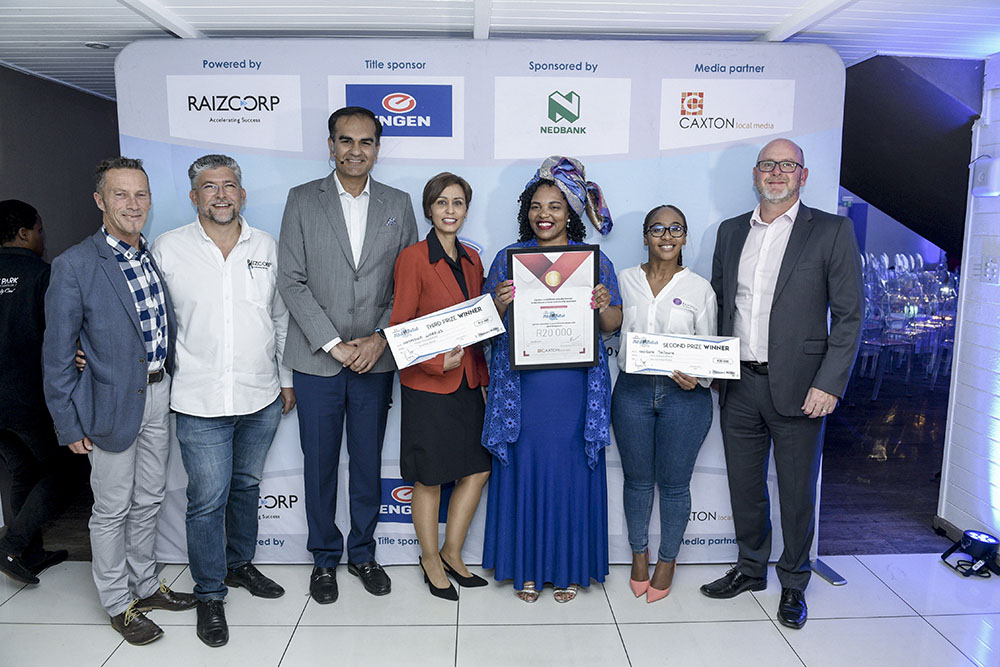 The ten-year anniversary edition of the ENGEN Pitch & Polish workshop and competition programme came to a glittering and thrilling conclusion on Thursday, 3 October in Johannesburg. Hosted by Raizcorp’s Frans Teffo, the evening opened with an overview of the programme since its inception ten years ago.

In its ten-year history, the Pitch & Polish programme has hosted over 14 500 workshop delegates and 250 contestants at 112 events and has provided 800 workshops hours to participants, with the Pitch & Polish team travelling over 91 000km across the length and breadth of South Africa to deliver entrepreneurial education in places that are often overlooked by large national events.

Addressing the audience, Unathi Njokweni-Magida, Head of Transformation for title sponsor Engen Petroleum, spoke about the importance of entrepreneurship and the role that corporates such as Engen are playing in developing the entrepreneurial ecosystem through initiatives such as Pitch & Polish. She went on to applaud the calibre of the contestants this year and the high number of women participants.

Unathi was followed by Alan Shannon, Executive Sales for RRB Sales and Distribution of gold sponsor Nedbank who said, “We’re inspired by the high levels of innovation and the dedication of the entrepreneurs who have participated. It inspires us to do more for the small business community. We all collectively carry responsibility to grow the economy and Nedbank is proud to be a partner of this programme.”

The finalists presented their final pitches to a panel of three judges: Allon Raiz, CEO of Raizcorp; Khalid Latiff, General Manager for Corporate Strategy and Communications of Engen Petroleum; and Alan Shannon, Executive Sales for RRB Sales and Distribution of Nedbank. After each of the three minute-pitches, the judges asked clarifying questions and then delivered their feedback, after which they withdrew to calculate the scores and determine the winner.

The standard was extremely high with each of the finalists presenting excellent pitches that were delivered with confidence and passion. In the end, though, it was Polokwane’s Mashela Mokgabudi  who triumphed and walked away with R60 000, along with R20 000 in advertising from ENGEN Pitch & Polish media partner, Caxton Local Media. The runner up was Kedibone Tsiloane who received R30 000 with Natasha Warries coming in third and receiving R15 000. These prizes are over and above what the finalists won in previous rounds along with the media exposure received over the course of the programme.