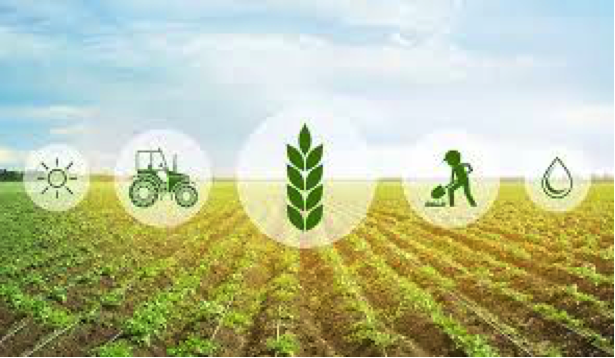 The current estimates point to a sharp recovery in output of summer crops with the total maize planted area coming in up 10% year-on-year (y/y) at 2.54 million hectares (ha) and a potential 13.64 million tons using an average of 5.4 tons per ha for a relatively good season.

Not only is this positive from a GDP perspective, the estimated supplies may help tame food inflation which has been relatively contained below 3% for the better part of 2019.

The 2019/20 agriculture production season began on a negative note with delays in Spring rains and concerns over the weather outlook as forecasts indicated potential dryness across the board.

Agriculture performance was also weak as the sector fell into recession following three consecutive quarters of negative growth of 16.8%, 4.2%, and 3.6% respectively in the 1st, 2nd, and 3rd quarter of 2019.

Optimism in the sector was subdued and another bad season was going to be catastrophic for the whole value chain and the country as food inflation was likely to breach the double-digit level.

Fortunately, this was avoided as good rains replenished both soil moisture and dam levels although dryness persists in parts of the Eastern Cape and Northern Cape.

The rebound in production conditions afforded farmers to plant more area relative to the previous year and the summer grain and oilseed crops are in good shape though more follow-up rains are needed in some areas to ensure a good finish.

The current crop estimates if realised together with a carryover stock of about 1.67 million tons could bring supplies beyond April 30, 2020 to 14.31 million tons. This is obviously bearish for prices with maize futures for Jul-2020 delivery already softer prior to the announcement at R2,399/t and R2,484/t respectively for white and yellow maize.

The bullish crop outlook with increases in planted area for sunflower (+7% y/y), soybeans (+3,6% y/y), groundnuts (+85% y/y) will help offset the impact of the poor winter crop harvest on agriculture GDP particularly wheat which accounts for 78% of the total. The 2019 wheat harvest came in down by 14.4% y/y at just 1.60 million tons according to the Crop Estimates Committee’s fifth estimate report. This would meet the country’s import demand but nonetheless South Africa remains a net importer of wheat.

The agriculture outlook remains increasingly weather dependent and we are likely to finish the season on a positive note if the growing conditions retain the current momentum.

It is however important to note that severe drought conditions have placed significant pressure on producers in the Eastern and Northern Cape provinces.

The post Optimistic outlook for agriculture appeared first on The Home Of Great South African News.