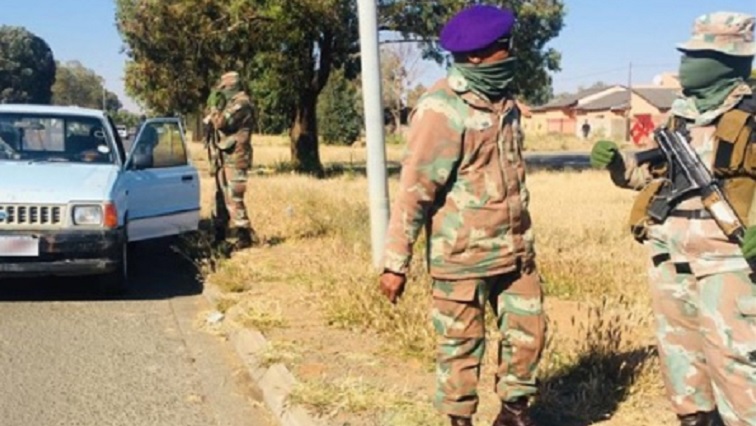 The Defence and Military Veterans Minister, Nosiviwe Mapisa-Nqakula, has commended soldiers for their role in curbing the spread of the coronavirus. Thousands of soldiers have been deployed to help the police with monitoring compliance and ensuring adherence to lockdown regulations.

She has visited the Hoedspruit Air Force Base in Limpopo, where she addressed the air force trainees about the dangers of the coronavirus.

The Hoedspruit Air Force Base hosts more than 400 trainees – almost half of them are female. The recruits are likely to be deployed to the streets and settlements in the country to help in the fight against the spread of the coronavirus after their graduation in June.

Thousands of soldiers have already been deployed to help the police. Soldiers from the military health service are also helping the Department of Health.

Minister Mapisa-Nqakula also says engineers from the Defence Force have also been deployed to help with the provision of water.

“We also have a contingency of engineers from the South African National Defence Force, who are out there being directed by the Commander in Chief to make sure that there’s water in this country and therefore, they must do everything including water reticulation to make sure that people who do not have water will have water and therefore we’ll be there to support the Department of Water and Sanitation.”

Minister Mapisa-Nqakula also told the trainee soldiers that the pandemic is an invisible enemy that is claiming the lives of many people in the country and throughout the world.

” It is rough out there it is not easy.  We are fighting an invisible enemy.  You do not know which direction it will come from but what we have seen is that it is an enemy which is capable of killing thousands of our people.”

A virtual pass-out parade will be held for the trainee soldiers in June.