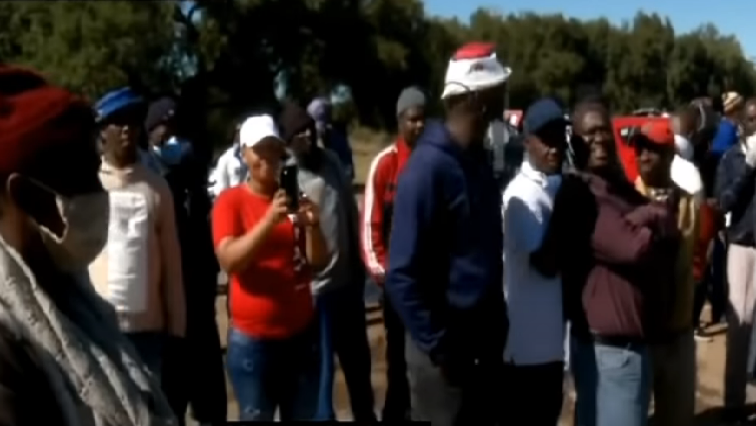 Striking mine workers at the Village Main Reef’s Tau Lekoa operation in North West have turned on their unions.
The mine workers are accusing them of selling them out to the employer.
Three unions held a mass meeting with the workers in Orkney to give feedback from meetings held with the Village Main Reef Mine Management.
This follows the mine’s announcement of its plans to restructure and possibly retrench workers.

Three of the workers had this to say.

“What concerns us is that our union protects Tau Lekoa mine. Now, we don’t have medical aids, most of us are under chronic medication. We can’t get our medication anywhere.”
“They did not answer my question. I asked them how can they allow the employee to implement whereas they say they are restructuring?”
“Many laws, section this and that. We don’t care about these sections, we were promised that our service will be safe. So, we just want our service packages.”
In the video below, tensions mount as Tau Lekoa miners stage a sit-in over unpaid salaries: