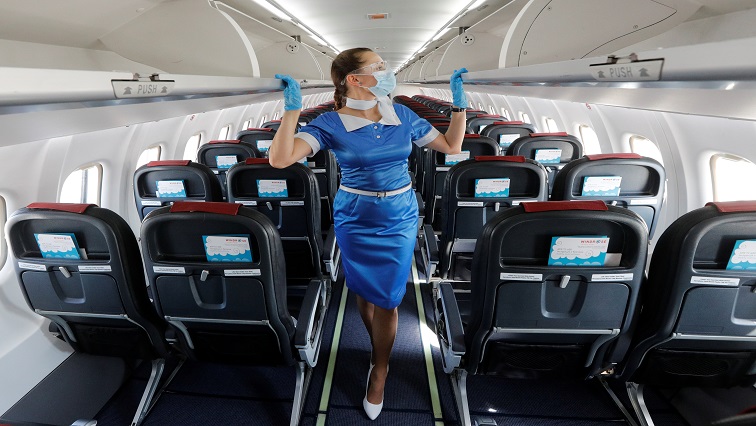 The coronavirus crisis, which has virtually grounded global air traffic since March, has pushed several struggling airlines over the edge while many global giants have seen record losses and a dependency on government bailouts to keep afloat.

The COVID-19 pandemic has crippled air travel, leading to an unprecedented number of flight cancellations globally as nations across the world began enforcing strict lockdown measures.

By April, international seat capacity had dropped by almost 80% from a year ago and half the world’s airplanes were in storage, data showed, suggesting the aviation industry may take years to recover from the coronavirus pandemic.

Flights have been limited and strict hygiene measures have been implemented to try and regain confidence in the industry at a time when many countries are lifting tight restrictions on mobility.

U.S. airlines cancelled hundreds of thousands of flights, including 80% or more of scheduled flights into June as U.S. passenger traffic fell by 95% between March and May.

In May, industry trade group Airlines for America said U.S. airlines were collectively burning more than $10 billion in cash a month and averaging fewer than two dozen passengers per domestic flight because of the coronavirus pandemic.

U.S. planemaker Boeing said it handed over just four planes in May, down from the six it delivered in April, its lowest total for the month in six decades and about 87% fewer than it delivered to customers at the same time a year ago.

Customers also cancelled orders for another 18 planes in May, including 14 MAX jets that were the company’s top-selling plane until a pair of crashes just over a year ago.

In April, Boeing recorded zero new orders for the second month this year, compounding its worst start to a year since 1962.

Boeing’s rival planemaker Airbus was reported to have told its senior staff that the company must be “resized” in plans to be set out around end-June.

In late May, Chile’s LATAM Airlines Group SA became one of the largest carriers so far to seek an emergency reorganisation during the pandemic while Britain’s easyJet said it planned to cut up to 4,500 jobs and shrink its fleet to adjust to the smaller travel market which is forecast to emerge from the coronavirus crisis.

Virgin Australia said on May 22 it had been granted formal recognition of its voluntary administration process in Australia and was put up for sale.

Some airlines have refined their services to try and minimise financial damage from the shortage of passengers.

Ethiopian Airlines converted 22 of its passenger planes to cargo planes in a bid to help the company to diversify.

With demand for cargo flights increasing to help transport medical equipment and supplies, engineers would take around 36 hours to remove seats from a plane to convert it into a cargo plane.