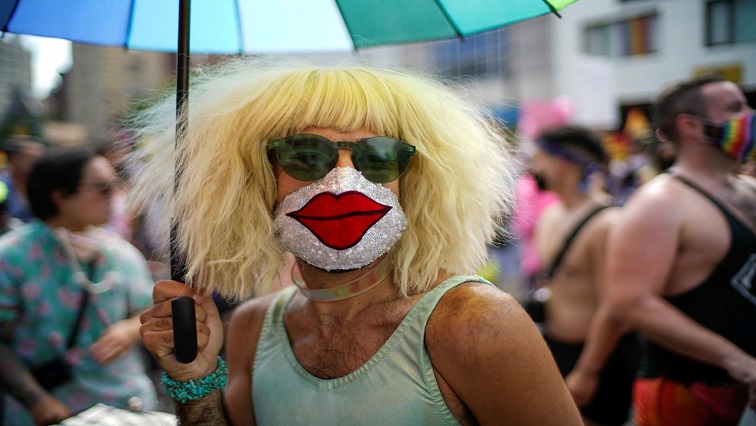 The coronavirus pandemic has forced the cancellation of most in-person Pride events this year, but organizers of a march in Manhattan on Sunday expect to draw tens of thousands of people to the streets in solidarity with protesters demanding an end to racial injustice and police brutality.

The second annual Queer Liberation March will cap a month of Pride events, virtual and live, during which the celebration of LGBTQ lives has merged with the nationwide demonstrations ignited by the death of George Floyd in Minneapolis last month.

“It has to be centered on the movement for Black lives, it has to be focused on issues of police brutality,” said Jay W. Walker, co-founder the Reclaim Pride Coalition, the group organizing the march.

The group staged its first protest last year by walking in the opposite direction to New York City’s marquee Pride parade, rejecting that event’s large uniformed police presence and the ubiquitous corporate-sponsored floats that normally drift down Manhattan’s 5th Avenue each year.

This year, the march promises to be the city’s main in-person event on Pride Sunday, after the official parade was canceled in April for the first time in its 50-year history due to the pandemic.

“I think it’s a moment for Black lives to really lean on the expertise of Black trans folks and learn from their experience of what they have done around police brutality,” said LaLa Zannell, the ACLU’s trans justice campaign manager, who will be at the New York City march on Sunday.

On June 28, 1969, patrons of the Stonewall Inn, a gay bar in Manhattan’s Greenwich Village, fought back during a police raid, sparking days of sometimes violent demonstrations against harassment and giving birth to the modern LGBTQ rights movement.

Activists memorialized the first anniversary of the Stonewall rebellion with what they called Christopher Street Liberation Day, starting an annual Pride tradition that is now celebrated around the world.

Marches and rallies with a focus on racial injustice, and the struggle of Black transgender people in particular, are planned in other U.S. cities on Sunday.

In Chicago, a Pride march will aim to draw attention to the historic origins of Pride as a movement of protest.

Grassroots activist group ACTIVATE:CHI said it was working with the organizers of the city’s Pride, spurred on by “the current political, social, and economic climate coupled with the clear inability of our government to protect the most vulnerable members of our communities.”