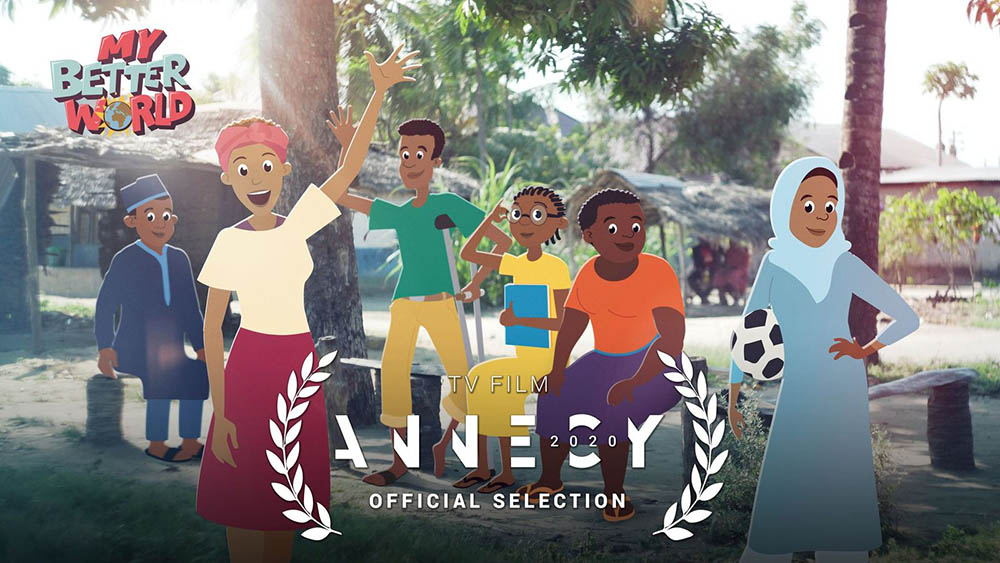 Johannesburg, 25 June 2020: My Better World, a 55-episode life skills series that follows the adventures of six African teens as they navigate the complex challenges of school, family and friendship, was selected for competition at the 2020 Annecy International Animation Film Festival. It is the only fully African-produced project in its category, produced by Fundi Films in collaboration with Johannesburg-based MAAN Creative for Impact(Ed), formerly Discovery Learning Alliance. 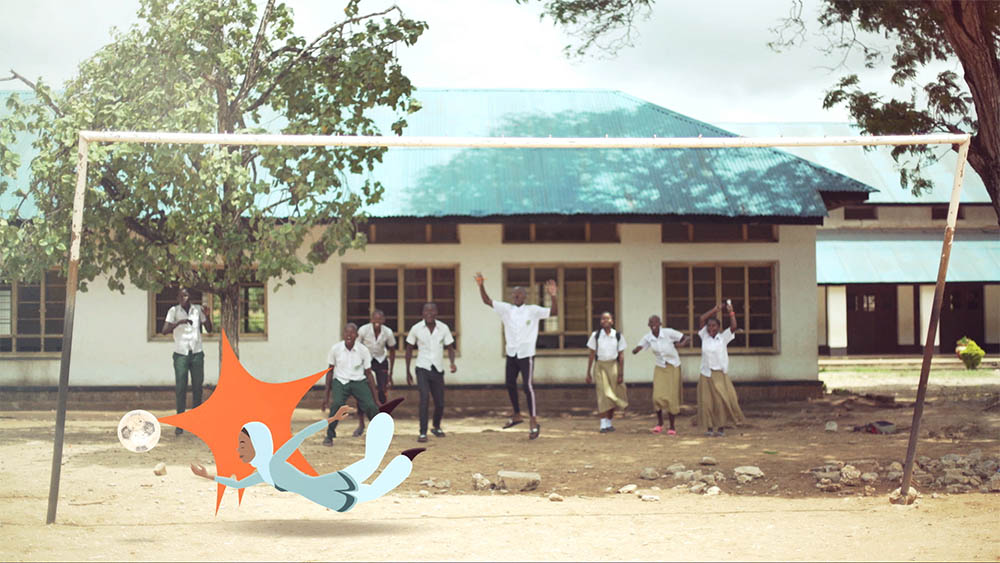 My Better World draws upwards of 2 million viewers every week on Kenya’s Citizen TV (with more countries to follow soon), and is part of an education programme in more than 1 500 schools across sub-Saharan Africa. The series has also recently won a Gold Telly Award, for craft in animation, and a Silver Telly Award for social impact in television.

The series Producer, Chris Morgan of Fundi Films, says, “We were honoured to produce this landmark series. We spent three years working with a pan-African team of over 100 artists to bring it to life, and to see the team rewarded with an Annecy nomination is amazing.”

The series of 55 seven-minute episodes is one of the largest animated series created entirely in Africa. Each episode also includes a two-minute documentary showcasing inspiring role models from across Africa. “We had writers in Tanzania and Kenya, documentary crews in Nigeria, Ghana, Rwanda and others, and of course the incredible animators from MAAN Creative in Johannesburg.” The series was produced in four languages, English, Swahili, Somali and Hausa, and is the subject of a World Bank study into the impact of the series on learners in Nigeria.

“We’re thrilled that My Better World is an Official Selection for Annecy – the world’s highest-profile animation event,” says MAAN Creative Co-Director, Michael Clark, who co-directed the animated segments of the series. “While the client for this show, Impact(Ed), is US-based, pretty much all the creative was produced by us here in Africa – it was our ideas, our stories, our artwork, our talent. It’s gratifying to see our work recognised at such a reputable international animation festival – to show the rest of the world what Africa is capable of in terms of animation.”

More than 30 South African animators and artists worked on My Better World, and there are over 30 characters and voice artists in the show. “The Annecy nomination is not only a highlight for us as a company, I think it is a very positive story for African story-telling and our local animation industry. It is quite a landmark project in many ways,” says Clark.

He says the challenge was finding a way to translate a written life skills curriculum into something compelling, within a tight budget. “We made use of 2D cut-out character animation in ToonBoom Harmony (a leading 2D animation software) as well as live action background plates. This approach enabled a cost-effective solution that simultaneously gave a lot of depth to the show as well as grounding it in a believable world,” adds Clark.

Aimed at teenagers, My Better World tackles challenging subject matter, including issues like child marriage, so it was important to get the tone right. It had to be entertaining, educational, meet all the curriculum requirements and be sensitive to different cultural norms.

“It’s been an incredible project to be part of,” says Clark. “MAAN Creative is currently midway through creating our first totally original story, Sam the Hedgehog, which is aimed at raising autism awareness, and we are hoping to find enough funding to finish the short film by the end of the year, to enter into next year’s Annecy International Animation Film Festival.

Fundi Films is now working on a series focused on the impact of urbanisation in East Africa for the World Bank, and in response to Covid-19, is adapting My Better World for radio.