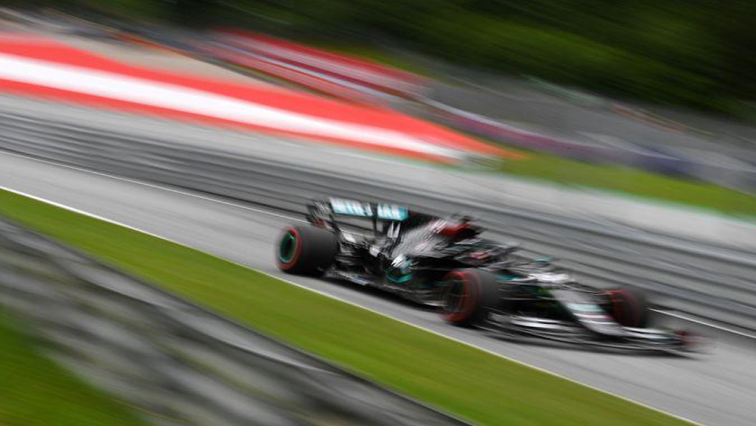 Formula One got back on track in changed circumstances but familiar fashion at the season-opening Austrian Grand Prix on Friday, with Mercedes and six-times world champion Lewis Hamilton picking up where they left off last year.

The Briton and team mate Valtteri Bottas responded to the ‘new normal’ resulting from the COVID-19 pandemic by finishing one-two in both free practice sessions on the latest start to a campaign.

Hamilton, wearing a ‘Black Lives Matter’ helmet in a black Mercedes with ‘End Racism’ written on it, set a best time of one minute 04.304 after also going fastest in opening practice with a time of 1:04.816.

“It’s great to be back. It’s been a long time coming,” commented Hamilton.

“It was looking good out there today, but you can never take too much from practice.”

Mercedes were later in the spotlight after Red Bull lodged an official protest against their new Dual Axis Steering (DAS) system, but the move was rejected by stewards who declared it legal.

Racing Point, whose Mercedes-powered RP20 has been dubbed the ‘Pink Mercedes’ because of its striking similarity to Hamilton’s title-winning 2019 car, were third fastest with Mexican Sergio Perez.

Red Bull’s Max Verstappen, winner of the last two races at his team’s home track, was third in the first session but spun twice and finished up eighth after lunch.

Sunday’s race, the first of two in Austria on successive weekends, became the opener after the new coronavirus forced the cancellation of the scheduled Australian opener on March 15, before a wheel had turned.

Friday marked the first time all the drivers had been on track together since pre-season testing in Barcelona last February.

The last race was in Abu Dhabi in December last year, when Hamilton won from pole position and set the fastest lap.

“It’s good to hear the engines and see cars again and almost get back to some phase of normality,” said Red Bull boss Christian Horner.

“We all look like we’re in some kind of hospital programme, with all the face masks and the PPE (personal protective equipment)… but other than that working practices are very much as normal.”

The race is being run under strict health and safety conditions, with teams operating in ‘bubbles’ and isolated from each other. Drivers wear face masks when talking to the media by video link.

The race will be run completely without spectators, a Formula One first.

“We are all used to a lot of fans in the campsites, grandstands… but the most important thing is we are finally back on track and can put up a good show,” said McLaren principal Andreas Seidl.

McLaren triggered the abandonment of the Australian race in Melbourne after an employee tested positive for the virus. Seidl said the entire team had a clean bill of health after the latest tests.