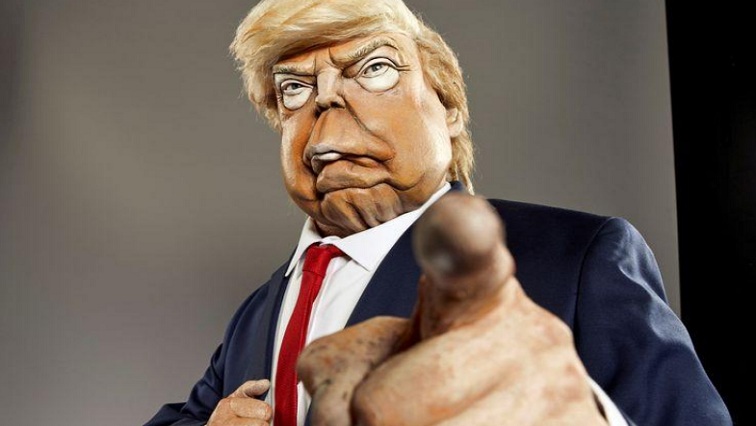 “Spitting Image”, the defining British satirical show of the 1980s, roars back on screens on Saturday to lampoon a new generation of politicians, royals and celebrities in puppet form, led by Donald Trump, Boris Johnson and Prince Harry.

Co-creator Roger Law has returned to head the creative team, while writers led by Jeff Westbrook, known for “The Simpsons”, tweak sketches until shortly before release.

The first show was rewritten at the last minute to include puppet versions of Trump and his wife Melania in COVID-19 quarantine.

The often vicious original, which ran from 1984 to 1996, depicted Queen Elizabeth as a middle-aged housewife and former prime minister Margaret Thatcher as a tyrannical boss calling her cabinet “the vegetables”.

Once drawing 15 million viewers, many of its victims became indelibly associated with their caricatures in the minds of the public – notably Thatcher’s successor John Major, whose puppet was entirely grey.

In the reboot, US President Trump sends tweets from an unmentionable part of his body, British Prime Minister Johnson bumbles around and climate activist Greta Thunberg presents the weather, angrily proclaiming it to be “hot” everywhere.

Law said the original ended because it was no longer funny, as the political beasts of the 1980s were replaced by smoother leaders in the 1990s. But the pendulum had swung back, he said.

“It’s not dissimilar what’s going on now, the divisions over Brexit, to when Thatcher was around,” he said on Friday. “It was divisive, there were riots in the street.”

Johnson said he was not averse to his rubber double, adopting the same tack as previous politicians who claimed to like their puppets.

“I saw a big poster and I have to say I thought he looked considerably better than me,” he told ITV News.

“But I think they’ve been too kind, they need to go back to the drawing board and have another go. It’s far too flattering in my general view.”

The new series airs on BritBox, a streaming service created by broadcasters the BBC and ITV.