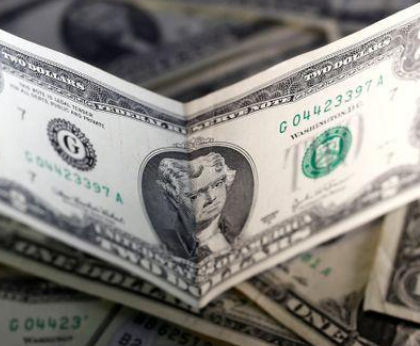 The dollar headed for its best week in a month on Friday as a resurgence in coronavirus cases knocked confidence in a rapid economic recovery and drove investors to the safety of the world’s reserve currency.

Geopolitical tensions on the Korean peninsula, in the Himalayas and between China and its trading partners have also weighed, and the balance of risks kept morning moves modest.

The dollar traded near a two-week high against a basket of currencies and has gained about 0.4% for the week, its largest weekly rise since mid-May. That stalled the rally in the risk-sensitive Australian and New Zealand dollars.

President Donald Trump on Thursday renewed his threat to cut ties with China, a day after the first high-level talks between the countries in months amid souring relations. The meeting, between top diplomats in Hawaii, was inconclusive.

Meanwhile an uptick in coronavirus cases in many US states this week, along with rising hospitalisations, reflected a troubling national trend that has seen daily infection numbers climbing after more than a month of declines.

More than 150 new cases have also been detected in Beijing since last week, prompting a lift in the city’s alert level and a reintroduction of travel curbs.

The British pound sat a fraction above a two-week low at $1.2403, under pressure as investors fretted that the Bank of England may not be planning enough bond buying to support confidence through 2021.

“We’re seeing a few wobbles in commodity currencies as focus is returning to the increasing infections,” said Kim Mundy, FX analyst at the Commonwealth Bank of Australia in Sydney.

“The key element is going to be whether or not we see governments re-impose lockdown measures,” she said, though adding that was unexpected.

“We still think the general trend of the global economy improving should weigh on the US dollar and support commodity currencies, we’re just seeing a bit of a pause.”

A mixed bag of US economic data overnight also gave investors pause for thought, with a rebound in Atlantic-coast manufacturing offset by weak labour figures.

It has lost about 1.3% of its value against the dollar since a Tuesday top as questions grow about the political viability of the European Union’s stimulus plan.

The bloc’s 27 national heads join a video conference from 0800 GMT to try and reach an agreement on the best way forward for a region that has lost over 100,000 lives to the pandemic, and faces an unprecedented economic downturn.

Investors are also keeping a wary eye on Australian trade ties, as relations strain with its biggest trading partner, China, over the handling of the coronavirus outbreak.

A “sophisticated state-based actor” has been attempting to hack a wide range of Australian organisations for months and had stepped up its efforts recently, Prime Minister Scott Morrison said on Friday.

Reuters reported Canberra had determined in March last year that China was responsible for a hacking attack on Australia’s parliament. Australia never publicly identified that source of the attack and China denied it was responsible.