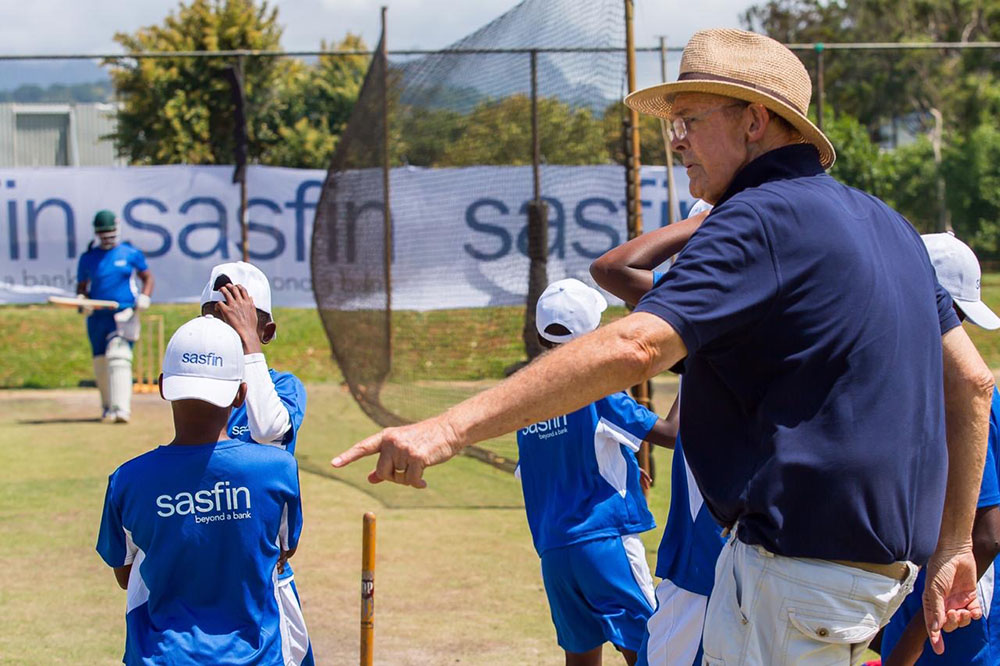 Protea Legends descended upon the Sasfin Cape Town Sixes this weekend in a bid to raise awareness of young developing cricket talent. JP Duminy returned to the crease once again, just a few weeks after announcing his retirement from professional cricket, and on Sunday a coaching session in the nets with Meyrick Pringle, Brett Schultz, Nantie Haywood and Aubrey Martin, and a separate fielding session with Jonty Rhodes, inspired young players from Masimphumelele in Noordhoek. 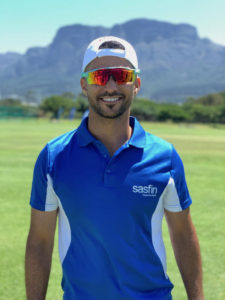 For the initiative Hit Poverty for a Six, the Protea Legends coached 26 pupils from Ukhanyo Primary, a school in the Masiphumelele area of Cape Town, and benefactors of the event. “It’s been amazing to contribute to the amazing work done in sports development. Originally, the 2000 Ukhanyo students only had one PT teacher and limited facilities and now, with the support of former cricketer, Vince van der Bijl and his MasiCorp750 initiative. He has created a growing sports program and is now showing the fruits of their labours,” said Ryan Christian from Hit Poverty for a Six.

Van der Bijl explained, “When we started there were no fields, no kit, nothing. Now we have 19 coaches, eight sports (of which seven are played by girls to help with gender non-discrimination) and Ukhanyo School in Masimphumelele now rocks. It’s a project to produce a rainbow nation – it’s not about impoverished people – it’s about mixing residents together to make a new South Africa. At the moment South Africa is torn and it requires healing which will be achieved by the next generation.”

On the main oval on Sunday, The #HitPovertyForASix team took on Protea Legends winning by 3 runs. Sasfin donated money for every six hit in the match to Duminy’s latest project, #takeasquarecampaign, dedicated to upgrading a school field at Hyacinth Primary, and requiring 2000 square meters of grass. There were 17 sixes in the 12 over game.

Michael Sassoon, CEO of Sasfin, concludes, “Seeing South African Legends, teachers, and coaches come together to raise awareness of the rising talent in this country has made the time, effort and investment completely worthwhile. This is how we can make an impact, by coming together. As Jonty Rhodes said in his coaching, just one run can make the difference in a World Cup.”

The post Hitting Poverty for Six appeared first on The Home Of Great South African News.